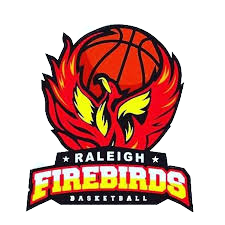 “Raleigh is A Special Place, A Special Basketball Place” ​

“Raleigh is A Special Place, A Special Basketball Place” ​

Your Raleigh Firebirds Professional Men’s Basketball Team played it’s first season in the TBL (The Basketball League) in 2019 and had a great season. After making the playoffs in its inaugural season the Firebirds were within 4 points of playing in the TBL finals against the Yakima Sunkings. The Firebirds fought hard and represented Raleigh very well throughout the season and went 13-1 at home this season. ​

Star forward Darius Leonard was called up to a higher-level job playing in Argentina, and point guard phenom Keenan Palmore was called up to play in Mexico. Number one draft pick for the Firebirds Julian Harris received Rookie of the Year honors as well as second team all TBL. Dynamic point guard Brock Young had an awesome season and was player of the week twice. Raleigh native and highflyer Chris Lighter also turned in a great season and was one of the spiritual leaders of “The Firebirds.” Kaden Lebray was the heartbeat of the team and really dominated down the stretch and had a 35 points and 17 rebounds game in Tampa Florida. Jamal Mckoy out of Chicago also played well for the Firebirds and is headed to Africa to play for the summer and Jared Grady one of our leading scorers got the cooperate job he always wanted, so we were without him in the final two games and he averaged 24 points per game in our last season games. Demontez Loman proved to be a very versatile player proving that he could score and rebound with the best of them is also heading to Africa for the summer, and Jamee Jackson was probably the best player on the team but was a quiet leader throughout. ​

With the companies like CAM Raleigh, Guerbet, Pepsi, York Properties, Brock Contactors, Sinclair Broadcasting, and VOCA Marketing, we were able to really raise awareness of the many benefits of a STEM Education for the youth throughout Wake County. The Firebirds brought an affordable and very exciting brand of basketball to the Triangle. Pro Basketball is Back in The City of Oaks.