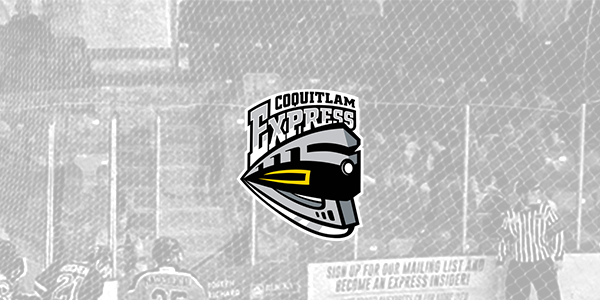 Express Mission: Our goal is to create an environment that fosters the learning and development of young athletes through coaching, motivation and leadership to promote the achievement of athletic and academic goals while allowing players to mature and make a positive impact inside and outside the world of hockey.

The Coquitlam Express are a Jr. A hockey club located in the city of Coquitlam, British Columbia. Coquitlam is located 20 kilometres east of downtown Vancouver. We compete in the BCHL, which has the distinction of being Canada’s top Jr. A league in the Canadian Junior “A” Hockey League.

The club entered the BCHL in 2001, and after 4 successful seasons which saw the team begin their climb to the top ranks in the BCHL, the team moved to Burnaby while the City of Coquitlam renovated our home arena, the Poirier Sport & Leisure Complex. Our 1st season in Burnaby was a banner year for the franchise winning the 2006 RBC Cup National Jr. “A” Champions. Assistant Captain, Kyle Turris, was selected 3rd overall in the 2006 NHL Entry Draft, making him the highest Jr. A player ever selected.

In 2010, Coquitlam’s team returned home to a beautifully renovated Poirier Sport & Leisure Complex and in 2014 we captured the BCHL Championship. We are looking forward to continued success and plan to add another banner to the rafters.

The Express has helped many players begin their journey to the NHL. Our most recent NHL draft pick is Alex Kerfoot who graduated with the Express and captained Harvard University. He currently plays in the NHL for Colorado.